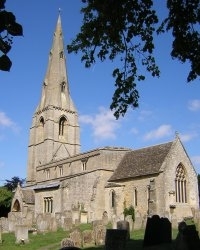 There has been a church in Greetham since Norman times, or before. Vicars names are known since 1237 and baptism, marriage and burial records have been kept since 1576.

Features remain that enable the history of the church to be traced from the early part of the 12th Century.

Before he died in 1123, the Earl of Warwick founded the Priory of St Sepulchre, Warwick and granted Advowson of Greetham to the same. 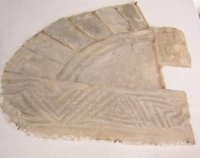 Fragments of this early church are incorporated in the west wall above the window of the south aisle. 12th century billet moulding and part of a plain Norman tympanum are still on the same wall. 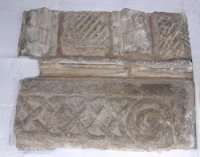 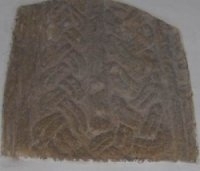 Norman Billet Mouldings and linear patterns incorporated in the wall.

The Greetham font has a big capital dating from the 12th century with large reeded leaves ending in head crockets at each corner. A dog tooth frieze runs between the heads on each side. It is set at an angle on a square plinth from a later period.

Early in 13th century a church was built consisting of chancel, nave and south aisle with a high pitched roof.

The chancel, still retains part of the south wall and two lancet windows of that period. 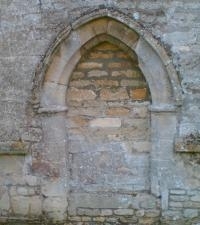 The north door (blocked up, but visible from outside) shows details dating from the 13th century church building.

In 1272 at the beginning of the reign of Edward I, the tower was added. It retained the square butress and corbel table, but showed considerable advance from the early lancet style. The broach spire - one of the finest in the country was a later addition. 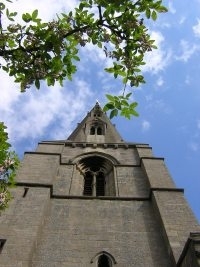 Some authorities regard this as the work of King Edward's royal architects.

King Edward I in Greetham

According to letters patent dated 12th September 1290, King Edward stayed at the Old Manor House - hunting lodge of the Earl of Warwick. The Old Manor was west of the Church - no visible remains now, though traces of the building have been found.

Around the middle 14th Century (reign of Edward III), the north arcade was added, the clerestory was constructed, the roof lowered and the chancel arch added. Traces of the steeper roof line can still be seen on the tower today. 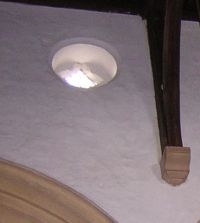 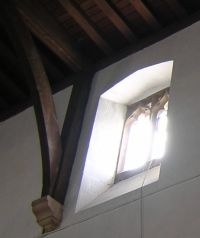 The clerestory windows on the north side are original. Small, rudely worked, pointed quatro foils within a circle. On the south, they are square. 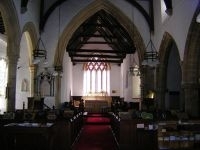 The north arcade's four arches are unusually light and slender for their date with the capitals and bases well moulded. They make stark contrast to the three heavier arches and pillars of the south aisle.

The west and north windows of the north aisle are good examples of decorated work with reticulated traceries delicately cusped. 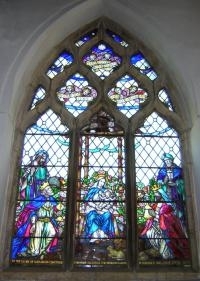 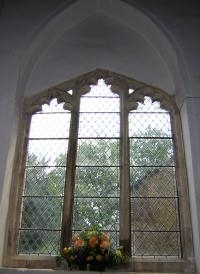 The east window tracery has been removed and replaced by a segmental pointed head of a much later date.

The beautiful stained glass of the north window depicting the Epiphany was given by Frederick and Louise Seward-Heath.

In the south aisle there is a fine stained glass window depicting St Christopher. 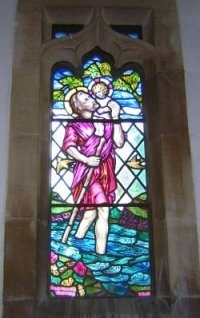 Oak carvings in the sanctuary of the church are said to have come from Sussex and have been attributed to periods rangin from Saxon, Jacobean to 18th century rustic work. The likelihood is they are Jacobean and are certainly an interesting feature of the church.

The wooden hatchment bearing the Royal Hanovarian Arms of George I was added to the north aisle during 18th century. The hatchment was restored to its former glory in 1996. 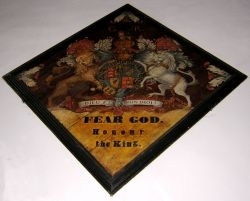 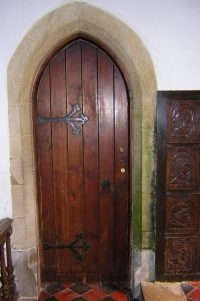 In 1858 the high box pews were replaced with open seating and the West gallery removed. The five children's pews that rose in tiers were also removed.

North of the chancel, the vestry was built, an extra window installed in the tower and the square wooden window in the south wall replaced by a lancet window.

Under the direction of Mr J A Cossins, architect, the church underwent restoration by Edith Finch of Burley in1897. A major part of the restoration was the rebuilding of the south clerestory. The parapet, corbels, and window jambs were restored and almost every facing stone replaced in its original position. Thus it now appears as it did in the mid 14th century.

The date of the original Greetham church bells is unknown.

However, thanks to Alan Murray-Rust who sent a note after a visit to Greetham.

Re-cast and re-hung to commemorate the fallen

In 1923 four bells were re-cast and five were hung as the village's memorial to those lost in the First World War. The re-casting and re-hanging of the bells was paid for by donations from the village.

The Millennium was marked by a project to install a kitchen and disabled access WC facility in the north-west corner of the church. This was assisted by a grant from Rural Churches in the Community Service. Bowman and Sons of Stamford completed the work. 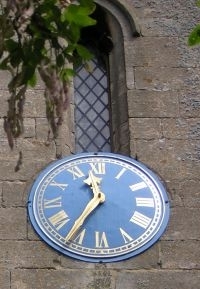 The Greetham church clock was re-gilded in 2002 to celebrate the Queen's Golden Jubilee and the organist's 25 years of service.

In January 2008, the rear pews were removed and new stone slabs laid.

A new heating system was installed to ensure the church remains appropriate for use as a place of worship and for the community in the 21st century. 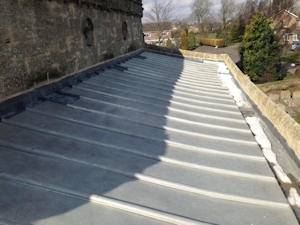 In the autumn of 2012 the North aisle lead roof was replaced with terne coated stainless steel sheet. The old lead had become porous and rain water was getting into the roof timbers. Some of them too had to be replaced. The clerestory wall was also re-pointed. For interest we checked the levels with a modern laser device and found that the old builders 630 years ago were within 3mm on the length of the wall.